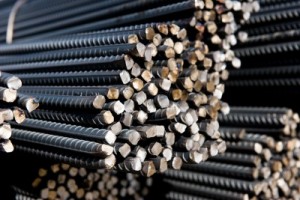 Calls for American political action in the face of an abusive international market for steel products have been coming from a wide array of industry leaders. We’ve talked about unfair market conditions globally for American steel before here on the Florida Pipe & Steel blog. Today, we’re sharing some strong words from one of the domestic industry’s greatest advocates and representatives: Leo W. Gerard, the international president of United Steelworkers.

As this business blog post published by The Huffington Post discusses, violations of international trade rules on behalf of Asian countries during the most recent global economic crisis has led directly to the latest wave of economic troubles for American-made steel. The situation has led to some unexpected partnerships between labor and corporate executives, as both Gerard and Mario Longhi, CEO of US Steel, have called on Congress to work towards remedying the situation.

The excessive subsidization of steel goods and the subsequent dumping of those products in American and other markets have hurt private domestic companies. What’s worse is the role of foreign governments in this illegal activity, as many of the top steel dumpers are state-owned companies. Although American companies would go bankrupt selling steel products at these prices, state-sponsored subsidies from foreign governments keep these companies propped up.

Over the last 18 months, 40 antidumping and countervailing duty petitions have been filed with the federal government, the most petitions filed during a similar time period since 2001. And the result can be disastrous, as more and more American steelworkers continue to lose their jobs as company profits decrease.

A healthy steel manufacturing economy can make many other markets successful within a region, which is likely why foreign governments are so keen on making their countries successful in this regard. However, our government needs to act to make sure that American workers are protected against global pressures.

Florida Pipe & Steel stands by others within the steel industry who want to see a fair global marketplace develop. The importance of the steel industry in building our country as we know it should not be overlooked. We serve the structural steel pipe needs of clients from all over the United States.