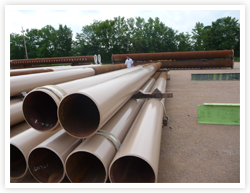 Over the years, China has stated they are working on a way to reduce the overproduction that is plaguing the steel industry. Yet the recent 2.3 million metric tons produced daily last month signal that China still hasn’t figured out a way to handle this, as that is a steadily growing amount of steel production since the previous year.

It seems much of the Chinese opposition is within their borders, as top leaders want industrial overproduction to be limited since it is poisoning our world with pollution and waste toxins. But local officials in China, on the smaller scale have been pushing back in fear of loss of too many jobs to be able to cut back properly on the amount of steel production. It doesn’t help that iron ore has dropped in prices, making it an easy and cheap method for producing jobs in China’s economy.

This is why China is producing nearly half the world’s steel. And they are doing it so well, that the market for steel has been flooded and that’s what has caused prices to deflate. The deflation on Steel prices led to cheaper iron ore prices, which in turn caused China to produce even more steel. Now they are trying to find a respectable way to end the cycle.

Luckily, a recent stimulus package through China helped assist the industries that could take advantage of the steel; the boating industry, and the automobile industry. There was no doubt to China’s leaders that if they have the extra steel they might as well find ways to use it, rather than restrict the people making steel at such low prices as iron is currently going for. This could lead to a large influx of China made cars and boats, which will have an unexpected effect on the worldwide economy.

No matter what you might think, with China being the leading provider for the majority of products in the world, it does seem like China is taking over as the powerhouse and leading superpower, especially with the population numbers they possess.

The one thing China wasn’t expecting though was a recent crackdown in ports that have led to less iron ore imports. This could mean a drastic change and soon for the steel industry in China, but at least it would stop their overproduction problems. The future for steel production is now uncertain as the months grow onward, and more of the iron ore stock is depleted. Hopefully China finds a balance soon though, or half the world might be lacking in steel before long.