With a greater increase in making India more of an urban area, with extensive improvements being made to steel and other foundations, India has come across a major dilemma for themselves. Previously the Indian Prime Minister Narendra had been pushing for more and more things to be made in India so that there could be… Read more » 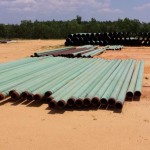 Nigeria happens to be one of the biggest natural gas capitals in the world these days, and that means everyone is clamoring at being able to drill for oil and other gases in the country. Unfortunately, a recent act that was passed in Nigeria created an interesting incident that could promote the economy in Nigeria… Read more » 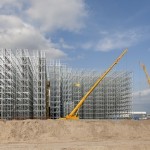 Over the past few months, we have closely followed developments in the international steel market here on the Florida Pipe & Steel blog. The dumping of cheap steel in American markets has been a problem for steel manufacturers in the U.S., but actions by the federal government to set tariffs on countries engaged in dumping… Read more »

It’s not surprise to anyone that the steelmaker industry has been rather poor ever since the last recession hit the United States. Although in many other countries, it is actually booming, especially in China. Because of this boom, it had been cheaper for some time to import steel materials from countries like India and Korea… Read more » 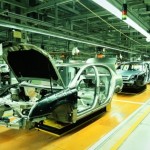 Not all steel is created equal. The same resources and materials may go into the slag of molten steel but that doesn’t mean all steel ends up the same. Just as you can craft a katana by folding metal or a broadsword by hammering the metal into shape, the way you craft the steel and… Read more »